Woodlands, Texas-based AXIOS Industrial was the subcontractor supplying scaffolding for the access needed throughout the construction of the energy plant and waste treatment facility that accompanied the expansion. The company selected the PERI UP Rosett Flex modular scaffolding system for the project, in part due to its optimal adaptability, high level of worker safety, and fast assembly. The flexibility of the PERI UP Rosett Flex system makes it particularly well-suited to installations involving round structures, such as stacks and piping, enabling crews to fully enclose them with a variety of all-metal components.

However, an equally important consideration was the ability to completely preplan all aspects of deploying the PERI UP system by incorporating its design into the same 3D site model being used to design and construct the facilities. 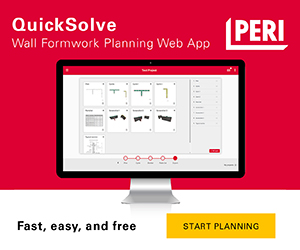