This website requires certain cookies to work and uses other cookies to help you have the best experience. By visiting this website, certain cookies have already been set, which you may delete and block. By closing this message or continuing to use our site, you agree to the use of cookies. Visit our updated privacy and cookie policy to learn more.
Home » Best SMALL PROJECT (LESS THAN $10 MILLION), Merit SAFETY: Empire Trail Pedestrian Box Tunnel Beneath Active Railroad Lines
ProjectsNew YorkNew York Construction ProjectsBest Projects2021
Best Projects

Located beneath three active rail lines at Rotterdam Junction, N.Y., the 107-ft-long reinforced concrete pedestrian tunnel is among the last components to complete the 750-mile Empire State Trail. To keep the rail corridor fully operational during construction, the project team adapted the box-jacking method to pull the cast-on-site tunnel through the embankment. The innovative approach minimized the magnitude of rail embankment deformation by applying roughly equal and opposite forces to each side. 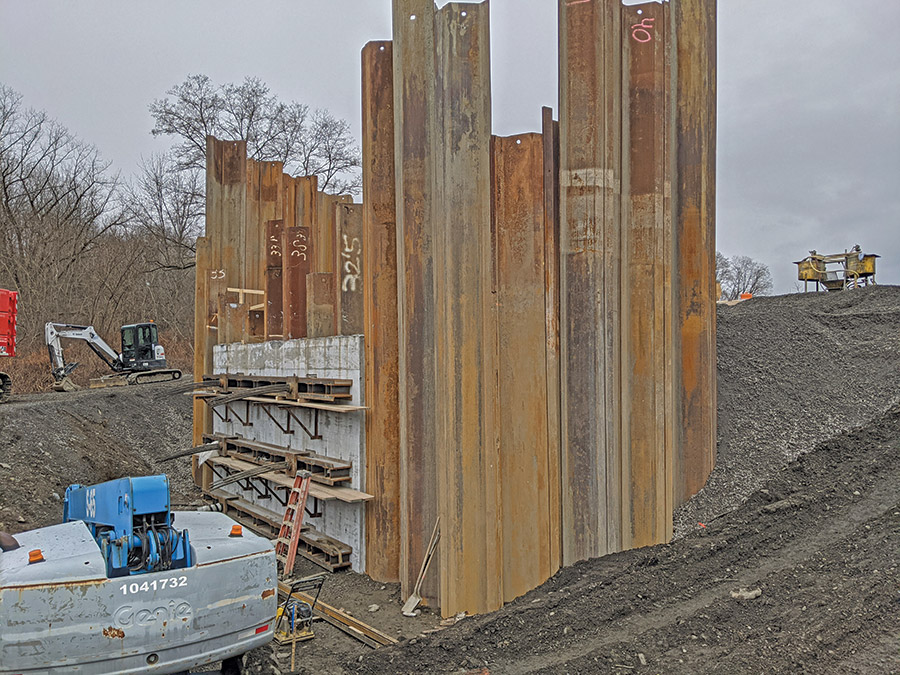 Six sets of steel tendons were installed through the embankment and connected to hydraulic jacks affixed to the far end of the box. On the other side of the embankment, the tendons were connected to a cellular cofferdam designed to resist the anticipated jacking load. With less than 8 ft of cover separating the tunnel roof and the tracks, a row of grout-filled steel pipes installed directly above the tunnel prevented settlement. Other major elements included a soil nail headwall through which the box entered the embankment and a lubrication system to reduce friction along the walls. 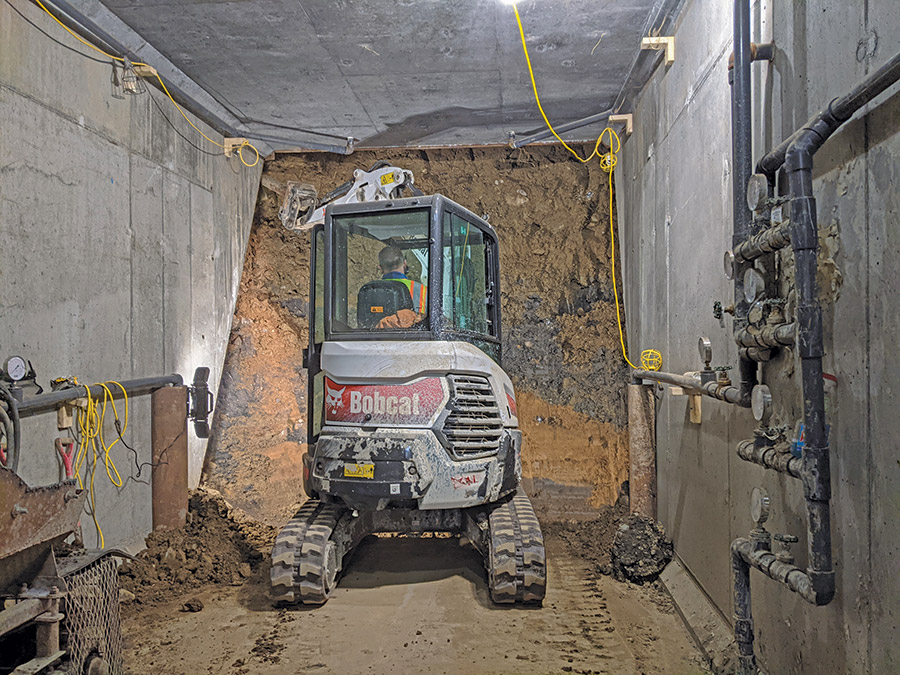 The box was pulled through the embankment in seven days working around the clock. Vertical deformation was limited to approximately 2 in. during the box drive, with negligible movement afterward. 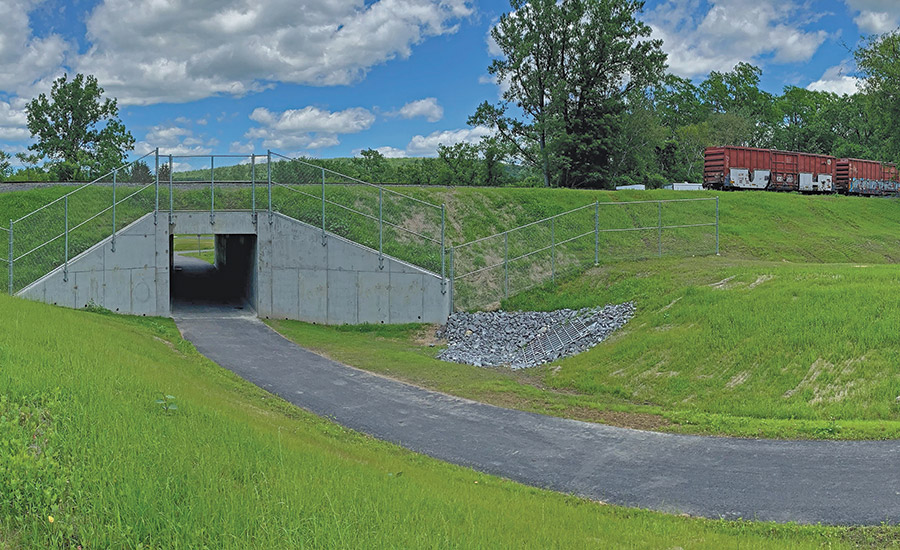 Communication underscored all aspects of jobsite operations, including the contractor’s “Play of the Day” and pretask planning efforts. At the start of each shift, supervisors gathered their crews to identify tasks and associated hazards and collectively develop necessary controls. In a weekly “Watch-It-Wednesday” call, project leaders discussed industry trends, performance metrics, policy updates and “good catches/near misses” to keep information flowing throughout the organization.

These efforts paid off with the project recording nearly 48,000 work hours without a recordable incident or lost-time accident.