The Hillis Group makes the most of ToolWatch

The Hillis Group, a pipeline and construction contractor based in Easton, Pennsylvania, was successful and growing, but with that success came a new challenge in tracking and managing its tools. With tools being distributed to more jobsites, it was becoming more complicated to track down tools on various job sites and losses and misplacements were getting out of hand. The company installed ToolWatch in 2017 but had harnessed only a fraction of the system’s powerful features in the belief they only needed better tool tracking capability. As a result, while tool management improved dramatically, most other administrative and cost operations remained business as usual.

When the Hillis management team saw the results ToolWatch had delivered in managing their tool inventory, they knew it was time to migrate other company functions into the ToolWatch system. About a year after implementing ToolWatch for tool tracking, Hillis hired a new inventory manager, Vinny Fattorusso.

Despite not having extensive experience with sophisticated mobile tracking software, Vinny was able to quickly see the potential of the ToolWatch system for getting inventory management under control. Among his first efforts was to inventory each mobile warehouse. He discovered many tools that were not where they should be, and using ToolWatch, he was able to relocate many items that had been assumed missing and were to be booked as losses. “Even just walking around the warehouse and scanning tools,” Vinny says, “I found items that had been reported missing or stolen. So many things that were reported missing I was able to see by scanning the tool and realized this was the same drill reported missing at said job site.” In his first year, Vinny and his team were able to recover hundreds of thousands of dollars of tools and equipment through the ToolWatch software.

Taking advantage of the seamless interconnectivity of the ToolWatch platform, Vinny worked with his team to establish a reporting system to keep field supervisors in the loop on tool inventory control. Every Monday he issues a tool report for each jobsite so each supervisor and field team can see what tools should be on their job site and what tools are missing.

The custom report includes missing tools and tools and equipment that are expected to be on each jobsite. That way supervisors know what tool or piece of equipment to look for and ask the field team about. “The Monday ToolWatch reports have helped a lot because we’re able to correct things, make sure things are accounted for, and keep everything efficiently moving to each location,” Vinny notes.

Today, Hillis tracks everything that moves, even materials, with ToolWatch. They track the cost and distribution of materials and consumables to each project and job site. They track and bill the mobile warehouse for the trailer on the job site.

Hillis has expanded its use of the ToolWatch platform to full advantage, on both Pro and Mobile apps, including materials management, purchasing/receiving, vendor reporting, inventories, work orders, service schedules, and so much more — all in real time. From anticipating how many paper towels they’ll need to tracking valuable pipeline construction equipment, ToolWatch has given The Hillis Group the tools it needs to maximize inventory, productivity, and profitability in the field and in the home office.

Hillis Inventory Manager Vinny Fattorusso sums up: "The ToolWatch system has become an essential part of our company because we can very easily keep track of tools, equipment, and materials in real time. We can quickly see where all our assets are and make sure the jobs won’t experience delays if they need anything."

Analytics Platform Aims to Get the Most Out of Site Sensors 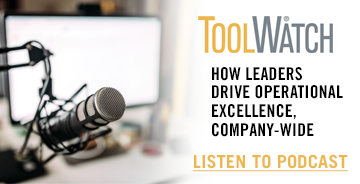 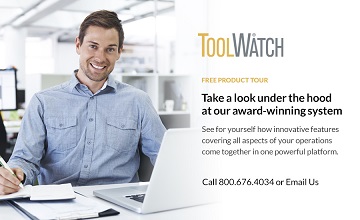