But talking about the problem and resolving it are two very different things. It’s easy to lament the issues but far harder to actually take the steps needed to fix them. Often in order to understand what must be done to right the ship, you must first understand what’s taking it off course. Some of the issues common to construction companies of all sizes that are negatively impacting productivity include:

While there may be even more factors at play, many believe that if the last problem alone could be overcome, it could effectively solve the others. Technology investments hold the potential to improve communication, streamline workflows, create efficiencies, and deliver increased value. In doing so, technology can help construction companies make significant improvements in productivity. But the low margins that are also a reality in the industry have created a catch-22 of sorts, preventing the purchase of digital solutions that can help the industry move ahead.

“Innovation has the power to unlock
higher productivity in construction after years when
the sector appeared stuck in a time warp.”

While there’s no denying that certain technologies require significant investment, there are others that are surprisingly cost-effective, requiring minimal hardware, software, and training. The use of extended reality (XR) technology, in particular, is becoming increasingly common in construction applications, giving testament not only to its affordability, but to the very real results that it’s delivering.

How Cost-effective XR Technology is Helping Solve the Productivity Problem

By improving construction workflows across the building lifecycle, XR holds the potential to transform the construction business. Much more than just the latest tech trend, the use of XR technologies—more commonly known as virtual reality, mixed reality, and augmented reality—is addressing some of the most challenging and costly problems facing those in construction today, including breaking down the obstacles to greater construction productivity.

Augmented reality (AR) in particular is helping consulting engineers and contractors communicate and collaborate more effectively, identifying how to make designs easier to construct, minimizing rework, and confidently increasing the use of prefabricated and standardized construction components.

Communication between owners, project managers, contractors, and crews can mean the difference between project success and failure. Yet communication barriers are far too common between the various stakeholders. Augmented reality applications break down these barriers by making it possible for everyone involved to share a common and consistent vision of the finished project.

For internal stakeholders, like contractors, project managers, and sub contractors, AR helps communicate design intent and facilitate collaboration. When everyone from crews on site to those back in the office can share a consistent vision of the design in context, they’re able to communicate more effectively and work together to identify and solve problems.

For example, AR is used during preconstruction meetings to walk teams through the project. By using a mobile device and its integrated camera, you can superimpose the 3D model over real-time video of the actual job site. Everyone is able to see what the actual design will look like in context, how it interacts with the environment, as well as how various systems and structures interact with each other. This makes problem identification—and resolution—a more cooperative and well-coordinated process.

Similarly, AR is an effective tool for improving communication with external stakeholders, like owners, those financing the project, and other influencers. AR can be used to superimpose the proposed design in its actual location, giving the general public the ability to see the design in context. When you can help these key players visualize the proposed design, you can set realistic expectations and communicate challenges more easily when they arise.

AR is giving consultants and contractors the ability to bring project stakeholders together around a shared vision and understanding of projects. In doing so, they’re not only facilitating better communication and coordination, but they’re also streamlining project delivery.

“Everyone involved—designers, local people, authorities—we
can show them how a project will really look; something we
cannot do with 2D drawings.” 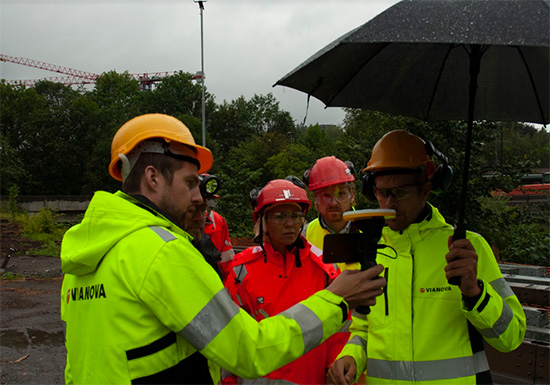 AR allows designers, architects, and engineers to not just communicate better, but also to analyze designs more effectively. By being able to view 3D models in context and in the physical environment, these professionals are able to see in realistic detail how the design interacts with its environment. This type of visualization allows for greater testing and refinement of design prototypes,[3] as well as the identification and resolution of potential design issues before construction begins.

These same capabilities make AR an effective tool for clash detection. While BIM can help identify clashes between systems and structural components, the addition of AR makes clash detection much easier to identify. By making it possible to overlay 3D models on  the actual site location and existing structures, AR facilitates a better understanding of the interplay between discrete but connected systems and encourages greater collaboration between specialized trades.

When work crews can see their models overlaid in the physical environment, they’re able to detect clashes and other potential problems before construction begins. Augmented reality can also help construction teams catch issues in the field sooner and by providing a clear visualization of how currently installed work differs from the plan. Some AR systems allow users to take photos, record measurements, and make notes, then create and assign tasks to team members. AR capabilities like these are helping companies shorten project schedules, reduce the incidence of rework and change orders, and in doing so, experience significant gains in productivity, not to mention greater profitability.

“AR is an absolute game-changer. You can find mistakes
faster and communicate with everyone onsite
and offsite very easily and quickly.”

Prefabrication and modular construction have already proven beneficial to the construction industry. By manufacturing building components in factories where the environment is controlled, then assembling them onsite, contractors can improve productivity, shorten build times, reduce costs, and even deliver projects ahead of schedule. Yet, a 2016 survey by the Associated General Contractors of America found that only 13% of respondents were investing in off-site prefabrication. [4]

One thing standing in the way of more prefabrication in commercial construction is decreased flexibility to make changes later on. You must be committed to the design to be able to take advantage of the benefits prefabrication provides. If there are discrepancies between the design or plan and the reality on the jobsite, a prefabricated component or module could need to be reworked, negating the potential gains. This is where AR comes in.

When designers are able to overlay 3D models in their exact location and position using AR, they’re able to visualize and verify structural features and ensure the accuracy of the design. This creates more confidence in the design, which enables contractors to increase their use of prefabricated components and modular construction and thus realize better productivity and project delivery.

While concerns about productivity in the industry as a whole are likely to persist, there are cost-effective technology investments you can make today that can help you make significant improvements in your own productivity.

Affordable AR technology allows you to use an everyday mobile device, like a tablet or smartphone, to help project teams, owners, and other stakeholders visualize a project design in realistic detail and in the context of its actual environment. By creating a shared understanding, AR can help you ensure everyone involved in a construction project is working together and individually toward a successful outcome.

By facilitating communication and collaboration, improving design analysis and clash detection, and enabling an increased use of prefabrication, AR is helping smart construction professionals increase productivity, as well as profitability.

To learn how land excavation and construction company Severino Trucking is using AR to experience many of the benefits discussed here, read the case study.

[4] Wetzel, Jonathan; Sridhar, Mukund; Mischke, Jan. “The construction industry has a productivity problem—and here’s how to solve it.” MarketWatch. March 6, 2017. 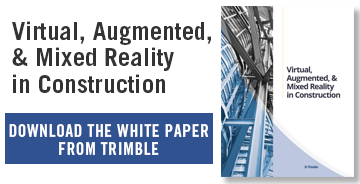 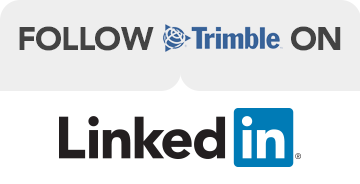