This website requires certain cookies to work and uses other cookies to help you have the best experience. By visiting this website, certain cookies have already been set, which you may delete and block. By closing this message or continuing to use our site, you agree to the use of cookies. Visit our updated privacy and cookie policy to learn more.
Home » A Construction Dream Inspired by Reflections on Design-Build
Project PlanningViewpointProject deliveryRiskIdeasThe Business of Projects
Commentary

A Construction Dream Inspired by Reflections on Design-Build

After the DBIA conference, some ideas on project delivery, claims prevention and what's in your soup

"If you wanted a fly in your soup, why did you not tell me?"

Those words were in my head as I returned from the Design-Build Institute of America’s annual conference held in my native Philadelphia this past month. I was inspired to reflect—and dream idealistically—on the nature of the different project delivery processes. About what happens and what could be.

What is design-build? The traditional model for delivery has an owner choose an architect who then both will draw from that owner what is desired as well as add vision (or artistry) to match the inner desires of the owner (or often of the architect).

Whether an owner can generally say what performance it wants and leave it to the design-build team to provide, or feels is must specifically prescribe what a contractor is to do, requires a great deal of faith by the owner in its instructions.

The next steps are often a graphic rendering of the vision, then schematic detail, and often fine detail (at least of the “look” if not mechanical aspects) for the project.

An engineer must then provide the hidden detail to support the vision, hopefully without disrupting the visible aspect.

“Final” design is often far from final and may include one-line representations or other shorthand that will require further design development. Next a constructor must estimate the cost of erection including significant contingencies for expenses which cannot be determined. Finally, the low-bidding constructor must provide yet more design detail on precise placements and other “final” design, often using much of that contingency.

How much better if the owner was asked the same opening questions by a design-build team.

Then, with this performance specification in hand, the design-build team sets out to meet the needs of that owner. The design-build team may be one firm employing both architects, engineers and constructors or may be a joint venture of these three or more entities, or one may subcontract from another. The DB-AEC team would then sit down with the owner and hone the design – the entire design from this one team.

With the advent of BIM and 3D (and 4D and 5D) modeling, the final design is truly that, including a team effort to one consolidated set of instructions for the construction arm to implement. Requests-for-information are by phone or text and immediate rather than written, transmitted to owner, then to owner’s architect, then to architect's engineer, then to specialty engineer, then answered over a period of time (and often with a view to protect owner or engineer from liability,) then back along the path to the contractor, all while the contractor’s crew twiddles their thumbs.

An Owner's Faith in its Instructions

But whether an owner can generally say what performance it wants and leave it to the design-build team to provide, or feels it must specifically prescribe what a contractor is to do, requires a great deal of faith by the owner in its instructions. Perhaps the owner wanted tinted windows but forgot to ask. A really good architect, working directly for the owner, may have spent enough time with the owner to ask if the owner so desires.

The DB-AEC, having spent the contractual time allotted for interview, may instead upon first hearing this request after the windows are being installed ask, “If you wanted a fly in your soup, why did you not tell me?”

A serious issue, which I have seen in several disputes which I have been brought in to help resolve, is where an owner with a tradition of design does not understand they have passed the authority of design as well as responsibility of design to the DB-AEC. The owner hired the DB-AEC to come up with better (usually that means cheaper) means to achieve the objectives of the owner; that owner cannot then demand the DB-AEC use the same design “we have always used.”

Another area of disconnect is where an owner has a tradition of “enforcing” a specification which it (or its architect or engineer) prepared. While an owner may have inspectors to assure QA (quality assurance,) QC (quality control) should usually be by the DB-AEC. It is the job of the architect arm of the DB-AEC to inspect the work of the DB-AEC constructor arm. (The owner does not personally do inspections – this is passed to its architect. Here the owner’s architect is the same DB-AEC doing to construction).

These and many other topics will be discussed at our Construction CPM Conference January 30 to February 2, 2018 in New Orleans. See www.constructioncpm.com. Many will stay beyond for first weekend of Mardi Gras parades going past our host Sheraton hotel on Canal Street. Perhaps you can join us.

Why Many Contractors Prefer To Revert To Bar Charts

Some Thoughts Heading Into The Next Construction CPM Conference

Fredric L. Plotnick, PhD, is a licensed engineer, attorney and expert consultant on critical-path management. He promotes the Construction CPM Conference (see www.constructioncpm.com) and he can be reached at fplotnick@fplotnick.com. 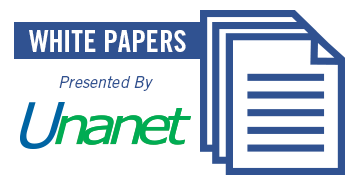