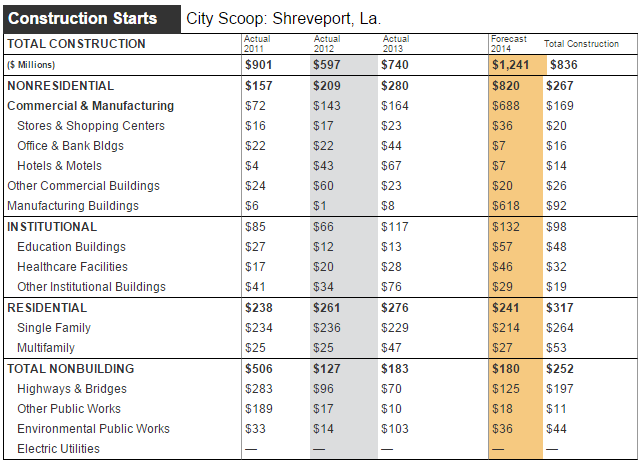 Total Picture Total Construction Headed for a Big Decline as Non-Residential Drops Sharply From Strong 2013Gains in highway and bridge activity to give boost to non-building sector; residential also expected to strengthen.

Charles Penn III Executive Director
AGC Shreveport Chapter The construction scene in Shreveport has been "untraditionally slow," and that will likely continue through the end of 2014, Penn says. Although he adds that the city's schools program is "faring quite well."

"Next year, we think we're going to see a slowly rising trend," Penn says, noting that there is a lack of public money currently available. However, "we do look for probably half-a-billion-dollar water and sewer system improvement. That's under a federal consent decree and should be starting within the next year," he says.